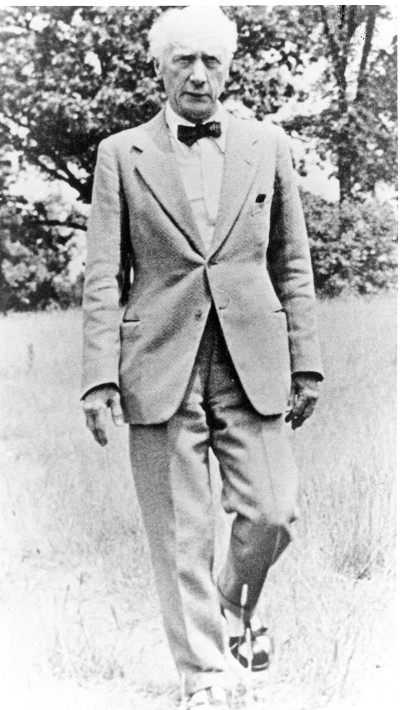 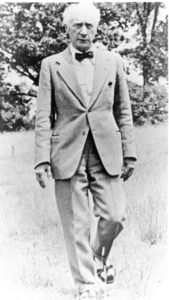 My “elevator response” is to say, “It is a way of getting out of your own way.” Some people immediately recognize what that means, and their response is, “Boy! I need that!” Others simply look blank. If I perceive that they are genuinely curious, I try another tack.

“It’s a way of learning to do whatever it is you do with more ease and freedom, less pain and tension,” I add.

By now, if I have their full attention, I might offer other words such as, “It’s a mindbody discipline that helps you undo old habits of thought and movement, release excess tension, and find relief from pain generated by mistreating ourselves. This helps you experience life in ways you never thought possible! It’s taught by touch and verbal instruction. I give a free 30-minute demo, if you’re interested.”

Sometimes we exchange contact information. They may or may not follow up, but I am happy to spread the word that such a learning is possible.

F. M. Alexander (1869–1955) discovered this work because he was an actor who kept losing his voice in performance. Wanting to solve this problem, he first went to a doctor who examined his throat and told him that no permanent damage had been done yet, and that if he would rest his voice for a couple of weeks, the inflammation would go away.

Alexander followed those instructions and the inflammation did go away, so he took on a very important performance opportunity. Alas! In the midst of that performance, the old symptoms recurred, and he became hoarse.

The doctor was sympathetic but unable to offer further help. So F. M. decided to help himself.

At this time, he was a young man, probably no older than the college students I teach at the university. Yet such was his desire to continue in his chosen profession that he embarked upon a systematic application of what we call the “scientific method” and amazingly discovered the unity of body and mind. This was before Western science even had invented what we now call “neuroscience” and when investigations that were leaning toward thinking of the body and mind as a unity were grouped under “physiology!”

Through the process of observation, inhibition, and direction, he solved his problem. When other actors came to him with the same issue, he began to help them—first with words alone, then with his hands as well. Thus, what we now call “the Alexander Technique” came to be.

The quality of touch that is used in this work is not manipulative or invasive. In fact, most of what we spend 3 years in training to teach this work is involved with learning how to attend to our own bodyminds while we interact with others’ so that we don’t invade or manipulate. Always there is deep respect for the integrity of the student. The way we are at any given moment influences the way others around can be, so the Technique is very much something that the teacher is modeling even while instructing the student.

If you are curious, want to change, and live in the Middle Tennessee area, please contact me for a free demo (if you’ve never before had an Alexander lesson). If you live in another geographical location, here are two sites which list teachers by location: www.alexandertechniqueinternational.com and www.amsatonline.org.